Clean CARFAX. No Accidents on CARFAX, Recent Trade, Local Trade.Real deals every day!2014 GMC Sierra 1500 SLT Sonoma Red Metallic Awards:* 2014 KBB.com Brand Image AwardsIt's better at Boggus!Reviews:* New, more fuel-efficient engines; improved interior; quiet highway ride. Source: Edmunds* The 2014 GMC Sierra 1500 is all new for 2014. It possesses chiseled features and distinct lines that not only make it look imposing, but increase how aerodynamic it is as well. In front, between the projector beam headlights, there is an incredibly striking and enormous chrome grille. While driving, it takes in a large portion of the air for cooling the engine, and lets the remainder glide across the truck. It is complimented by a bumper made of sculpted steel, a strong angled hood, and bulging fender flares. The changes made to the truck body, and the resulting improvements in air flow, add up to a quieter cabin for you and your passengers. Plus, its new hydraulic body mounts help mitigate vibrations to give you a smoother and more comfortable ride. Open the doors and the Sierra's interior welcomes you into a calming and comfortable retreat from the busy outside world. The seats utilize a new design for lasting comfort, and reduced fatigue. On select models, the instrument panel incorporates a high-end soft feel, combined with trim made of aluminum for an overall look that is very stylish. The instrument panel has been laid out in such a way that your controls are now easier to get to and see, with larger buttons and knobs, which are more convenient to grab. Spoil yourself with the available 8-inch IntelliLink touch-screen system that you can opt for on SLE and SLT trims. It lets you control your radio and make calls hands-free, wirelessly stream music from your phone, use the rear view camera, and operate the navigation system. Base Level Sierra trims on all models come with a powerful 4.3-Liter V6 EcoTech3 Engine with 285 horsepower and a 6-speed automatic transmission. You have the choice between the Crew Cab, Double Cab, and Regular Cab, and all except the Double Cab give you the option of two different box sizes. Plus, since you have the choice between two to three trims based on the model picked, GMC has a 2014 Sierra 1500 for just about anyone. Source: The Manufacturer Summary* The 2014 Sierra’s innovative powertrains and handsome aesthetics should appeal to longtime GMC fans and tempt buyers new to the brand. In just one of many "mine is bigger" battles in the half-ton truck market, the 2014 Sierra’s 12,000-pound max tow rating is expected to be king at least for now. Source: KBB.com 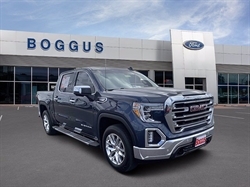 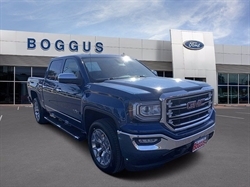 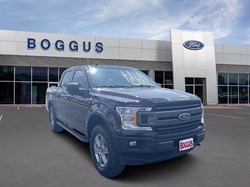